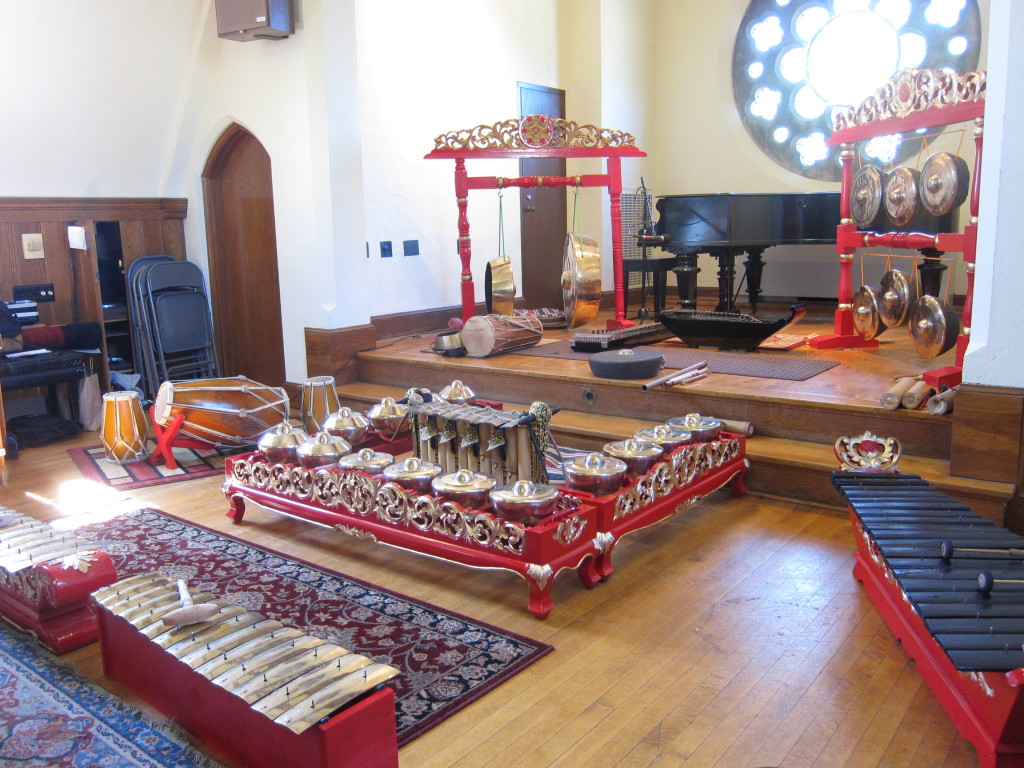 Sekar Mawar (the Rose Blossom gamelan) is a degung gamelan built in 2012 by the Bandung builder, Asep Ahum. It is named after the rose, the state flower of New York, and for its red and gold coloring. Gamelan music is colotomic, wherein each instrument in the ensemble has a unique and necessary role, making it a communal experience. It is tuned to a pentatonic pelog scale. Sekar Mawar musicians perform both classical and popular Sundanese music styles.

Sekar Ligar (Falling Rose Petals) is a kacapi-suling ensemble that performs both a light style of music called Pop Sunda, as well as traditional Tembang Sunda repertoire. Tembang Sunda (“Sundanese songs”) is a genre of music from an ancient and living culture in the West Javanese highlands in Indonesia. Sekar Ligar is comprised of two or three kacapi (20-string zithers), suling (bamboo flute), and vocals.

Gamelan Geduh (Gamelan from the Balinese River Geduh) is tuned to a slendro scale and was built in 2014 by the instrument builder and ensemble member, Christopher Andersen, from Rosendale, NY. He named it from the place in Bali where he dreamed up just the right way to construct these instruments to create their beautiful sounds.

The songs are often nostalgic. They inspire the listener to dream of the Sundanese homeland, a mountainous region lush with tropical forest and terraced farming. Many times, the singer shares memories of a loved one or from their past, whether those feelings are bittersweet, joyful, or sorrowful.